In the 90’s, 2-stroke motorcycle is the dominant bike that roars the Malaysian road and also the world. Inspired from the Moto GP, 2 stroke bike has created a high demand in terms of the production which can be used on the road but still have the track feeling embedded into it. In Malaysia, small 2-stroke 1 cylinder bike is blooming and the giant name in the motorcycle arena was competing to see who has the fastest bike among all. Kawasaki is the first company to start the trend of the 150cc 2-stroke 1 cylinder liquid cooling motorcycle which then lead to this vicious fight among the other motorcycle brand. Why do we say vicious? Because in 1950, Malaysia has not yet created any law towards the limit of which motorcycle can achieve. Hence, the war between the brand began.

In 1995 Hong Leong Yamaha has launched their version of the 150cc motorcycle to compete with the other motorcycle brand. The glorious launch takes place at the middle of the Straits of Malacca sea on a luxurious cruise companied by the fireworks launch in the middle of the frozen sea. Yamaha has always been the dearest brand among the Malaysian bikers. And that comes with a very good reason. They listen and wait. They smartly waited for the Kawasaki to launch their version of the bike and then improved it to make their own version smarter and one step ahead. The Yamaha TZM 150 was considered the smartest and the most futuristic bike among its competitors. The Deltabox chassis frame comes from the Moto GP which allow the rider to tackle corner at a very aggressive speed. The YCLS (Yamaha Computerized Lubricant System) is embedded into the bike to ensure the bike use only the sufficient amount it needed according to the speed. The system allowed the CDI to monitor the use of the fuel and injected the exact amount needed. This has made the TZM one of the most efficient bike among the other 2-stroke 150cc bike. It also introduced a 2 pot(piston) caliper brake to ensure the braking ability is achieved. The bike also used a Monoshock system which allows the bike to have more comfortable riding experience. The bike also comes with a YPVS (Yamaha Power Valve System) which then leads to a questionable fate of the bike. The full-fairing body that inspired by the TZR 250 3XV is much more race like compared to Suzuki Gamma and Kawasaki KRR150 which has what the bikers call the naked bike. The bike also comes with a tubeless tire system which is rare in a small bike at that time. The price tag for the bike was RM 10,999.

Let’s talk about performance. The Kawasaki KRR 150 (NINJA) produced a 32 Horsepower and can accelerate to the speed of 180 km/h. This bike is powered by what Kawasaki called KIPS (Kawasaki Integrated Power Valve System) which is not controlled by any computer system. The TZM 150 managed to come in at 36 Horsepower and achieved a 200km/h top speed. This bike was made to go fast on the highway hence the nickname, “Highway Star” Max Torque is at 2.5kgm @ 9500 rpm. This thanks to the bike smart power controller system called YPVS. The YPVS system is a computerized unit that controls the bike PV (Power Valve) movement. The signal is sent by the CDI unit to the Servo which consists of a potentiometer that controls the PV by 2 cables and moves according to the speed to ensure the bike has the aggressive launch power and powerful top speed. (To read more about PV system please click here.) The servo started to respond as early as 3000 RPM. The bike also has a very futuristic and fun system which is the sound of the servo make when you inserted the key to indicate the servo is working perfectly. This system is considered really advanced in 1995 and used to showoff to other bikes which do not have this system. The bike also comes with a 30mm Mikuni Corp with a Reed valve system carburetor which surpassed other bike carbs who only used 28mm carb. Powering this bike is a 59mm Diasil Block with a Ceramic coating to ensure the bike does not have a heating problems. Talking about cooling, the TZM also comes with a liquid cooling system with a radiator to ensure the bike stays cool all day long.

So how about the riding experience? The TZM 150 comes with the Deltabox Chasis which used in the Moto GP. This then has made the bike has an excellent cornering capability compared to the other bike among its class. The bike also comes with a 110/80 rear tire and 90/80 front tyre with a 3 spoke wheels to make sure the rider can corner as low as they wanted. The bike also comes as standard with a brake disc for the front with 2 pot piston and 1 pot piston for the back of the tire. This also has made the bike has excellent braking and give the rider the confidence to ride the bike. The bike also has a telescopic fork system for the front suspension.

We now come to the part where we talk about the rider convenience and the extra feature of the bike. The TZM 150 comes with an H4 bulb to ensure the riding experience at night time is secured. The panel or the dashboard of the bike come with all the indicator needed such as temperature and fuel gauge. Although the bike lacks the gearing indicator or at least the top gear indicator like the Kawasaki RR 150 has. The bike also combined the fuel gauge and the temperature indicator in one panel and can be selected by a switch on the right side of the handlebar. The fuel tank can hold 13 liters of petrol enough to take the bike from Kedah to Kuala Lumpur in one full tank. The 2T Oil tank also can hold 1.3 liters of oil. As in our test in 2020, we managed to get 100 KM in 10 Ringgit of fuel (around 5 liters of petrol with the price tag of RM 2.08). This can be considered efficient taking into account the year of the bike and the 2 stroke engine type which consume more oil than 4 stroke engine. The bike maintenance is a big up for the TZM since the price for the parts is really cheap and can be shared with a more modern bike like Yamaha RXZ or the very famous Yamaha 125z.

So why did the Yamaha TZM 150 died? Well as for all the 2 stroke bikes. The regulation put by most of the countries has killed the market of the 2 stroke bike and the part has mostly discontinued and it has become more irrelevant to be used every day. 2-stroke bike produced a high level of carbon and smoke which is not good for the environment. But most of the users still use the bike and maintain the market of the 2-stroke bike. But not Yamaha TZM 150. Why? The bike power turned out to be its own greatest weakness which is the YPVS. The pulley holding the PV is made out of plastic and easily melted when used frequently at high speed. To change the pulley or the oil seal, you need to open the pulley and the cover set of the bike which is a great hassle and has become inconvenient and irritation to the user. Compare to the Kawasaki KRR 150, which has a mechanical PV which never melted in terms of its usage, the Yamaha has received thousands of complaint about the PV system. The result is the Yamaha TZM 150 price has dropped from RM 10,999 to 2 or 3 thousand Ringgit. The bike so-called sporty design also comes with a deadly feature. The fuel tank height which higher than the genital area has made the rider of this bike to lose the ability to procreate if involved with an accident due to the impact of their gentleman sausage with the harden steel tank.

Fortunately, in 2020 thanks to events such as Retromania and more retro-themed event, the bike has an increasement in terms of it market value which right now holds the price tag of RM 4,000 or RM 9,000 or more for a fully restored bike. The bike actually is a great 2 stroke bike to collect and to keep if you wanted to have a fun bike to ride on the weekend and still have enough money to maintain it since the part is way more cheaper than the other brand such as Kawasaki or Honda. The acceleration of the bike is similar to the Honda VTEC system and was really fun to play around. The bike also attract a lot of attention is 2020 since it has been considered as a retro bike. Yamaha also launched a limited edition of the bike for the celebration of the millennium. The YAMAHA TZM 150 MILLENIUM is launched in the year 2000 with a very special feature such as white tachometer, gold sprocket, new chrome MILLI emblem with 3 variations of color which is red, blue and yellow. The bike special feature also come with a secret gearbox ratio which increased the power of the bike and increase the speedometer indicator from 220 km/h to 240 km/h. It also comes with a certificate, a shirt and also a cap. The total model TZM has is 4 which is the first edition, second, third and millennium. 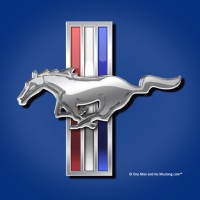